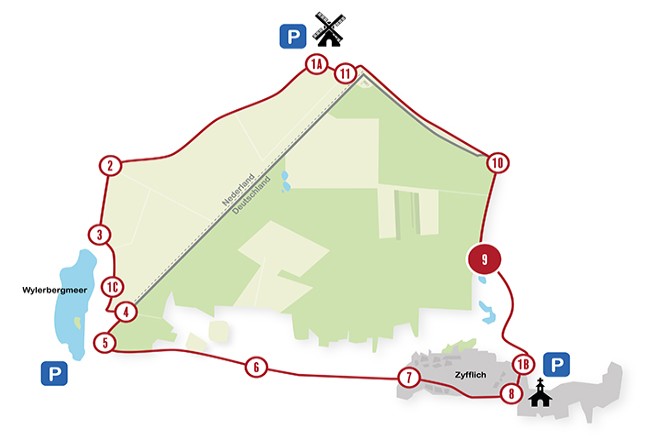 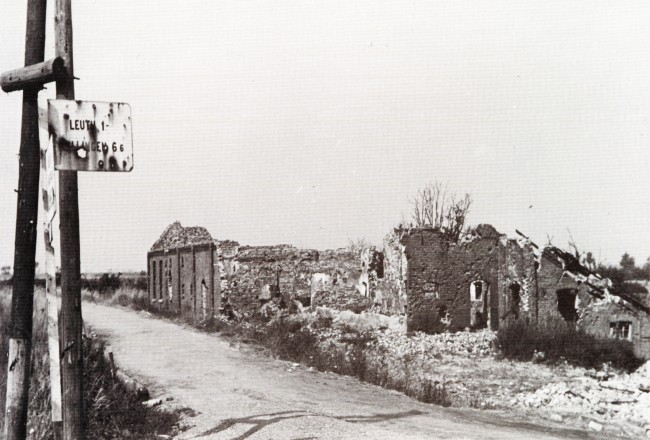 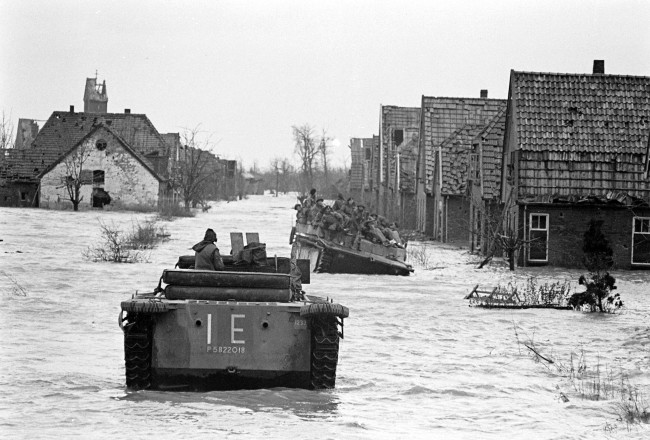 In the final minutes, in fact the night before the start of Operation Veritable, the flooded flat land, protected by dikes of Rhine and Waal, demanded a complete change of the planned procedure. This also involved changing the liberation of Leuth and other key positions from a full ground operation into an amphibious operation.

Then, as planned, the "Queen's Own Rifles" broke through with the aim take over the village.

In the nine hours that their northerly support attack waves lasted, the Chaudiere regiment had covered the entire Erlecom sector, occupying both the front near Leuth and the winding dike front, up to a kilometre from Millingen.

On the ninth, around midnight, the water suddenly rose. Subsequently, the soldiers were freed from their plight by several amphibious vehicles.

As a result of the new front after the airborne landings in September, the Vierboom family was expelled from their farm in October 1944. The German army needed the strategically located farm to store ammunition. During the ensuing period, when mutually shelling was the rule rather than the exception, the farm suffered a direct hit. Considering all the ammunition stored there, the farm’s fate was inevitably sealed. Apart from blast, there had been a constant battle at that location. It was the sharp edge of the front line. Germans behind the dike on the Leuth side and Allied troops on the other. Just beyond the location in question you will find a monument in memory of the Canadian soldier Ernest David Harrison, who was killed and missed in action there.